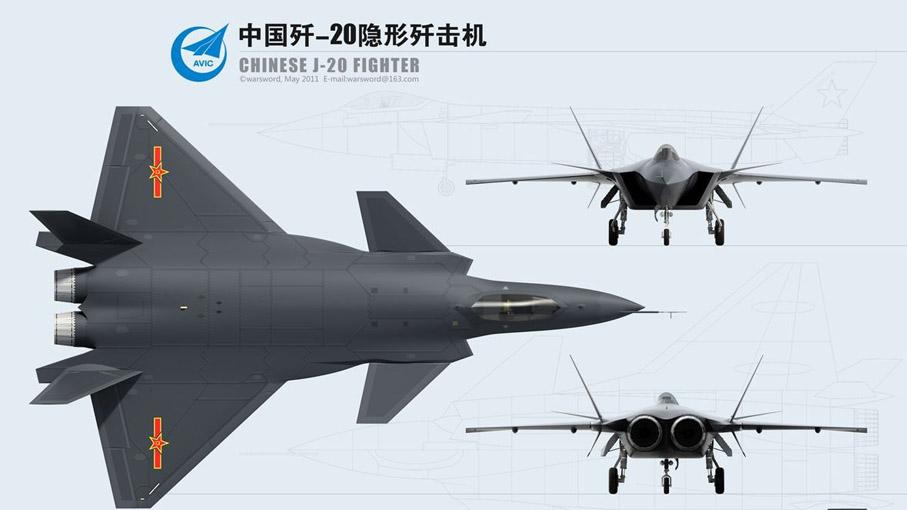 China’s domestically made J-20 stealth fighter will debut at the 2016 Zhuhai Airshow which will begin on November 1, with test pilots flying the new-generation warplane, said senior colonel Shen Jinke, a spokesperson for China’s PLA Air Force, at a press conference on October 28.
“The J-20 is a new-generation stealth fighter independently developed by China to meet the needs of future battlefields,” the senior colonel said. “The development of the J-20 is pressing ahead according to schedule. And the jet is expected to further enhance the fighting capacity of China’s air force.”
“At the 11th Airshow China in Zhuhai, the PLA Air Force will fully demonstrate the new achievements resulting from its strategic transformation,” said the spokesperson. The Air Force’s Xian Yi-20 large military transport aircraft, H-6K bomber, KJ-200 early warning aircraft and other warplanes will also be on display at the show.
“In J-20, we don’t just see Made in China but also Created by China,” military expert Du Wenlong claimed when interviewed by the news portal The Paper. “The aerodynamic configuration of the J-20 is totally different from Russian jets or the jets we are familiar with. It’s absolutely Chinese. …the Chinese aerospace system and the Chinese combat ammunition system, all symbolize the nature of the PLA Air Force’.”
“The stealth fighter is bound to be China’s major fighter airplane in future, as well as the principal fighter through which China will gain air supremacy,” said Yin Zhuo, also a military expert.
“In the past, the Air Force had inadequate offensive capabilities, especially in terms of stealth fighters. [...] With the stealth capability added to air fights, we will have maximal combat effectiveness”, Du told the Paper.
“The jet’s going into active service (in the future) represents not only the arrival of a platform, but also the ongoing revolutionary changes to the Air Force’s air combat system. It will be one of the most significant milestones since the Air Force’s creation,” Du added.