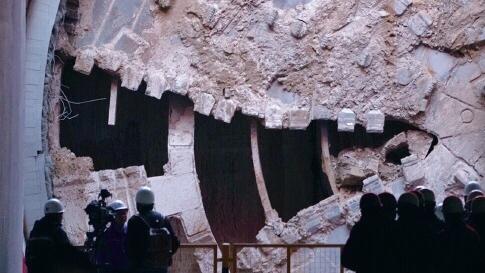 By He Bin Updated Jul.13

The long-awaited new Regulation on Government Investment (RGI) released by the State Council on May 7 will take effect July 1. The first of its kind in China, the regulation targets investment scope, decision-making and risk control, and aims to enhance management of government investment and financing mechanisms.
Decade of Drafts
Eighteen years have passed since authorities officially mentioned the RGI for the first time. Liu Lifeng, a researcher with the Institute of Macro-economy, National Development and Reform Commission (NDRC) explained the State Council began drafting the RGI in 2001. By January 2010, the government published a proposed consultation draft. The finished regulation underwent a decade of edits by the NDRC.
The key controversial issues were, according to Liu, how to differentiate government investment from private investment, the responsibilities of the central government from local governments, procedures for government investment decisions, financing channels for government debt, and supervision and management of government investment. At the time, a lack of superordinate laws made the proposal difficult to promote.
“In recent years, thanks to the changing legal and institutional environment, some superordinate laws were realized,” Liu listed several examples, including the Budget Law of 1995 that defined financing channels for government debt.
At the beginning of China’s reform and opening-up in the early 1980s, almost all investment in public and market spheres came from the State. As reforms deepened, the government withdrew investment from competitive fields. Changes that took place in China’s investment environment and financing policy also postponed the RGI.
“The RGI was postponed for more than a decade for objective reasons, as well as incompatible interests between departments,” said Wen Laicheng, a professor from the Central University of Finance and Economics. Wen explained that during the initial phase of reforms, it was unclear how to distribute investment rights. For example, disputes between the NDRC and the Ministry of Finance were a main source of disagreement.
In Wen’s opinion, the same problem remains in the recent RGI, which emphasizes the responsibilities of the NDRC rather than financial departments. Also, investment management authority is not defined.
Zhao Quanhou, a director at the Research Institute for Fiscal Science, Ministry of Finance, explained that supervision of government investment is not limited to a single department. For example, while the NDRC plays a role in many fields of investment, the department in charge of transportation investment is also a supervising body of that specific sector. Additionally, the financial department evaluates risk and approves budgets for government investment.
More Flex
Government investment in China takes a top-down approach to issues that affect public interests and personal livelihoods. Liu Lifeng believes this leads to problems such as a lack of democracy and transparency. Sometimes, government officials do not take expert assessments and evolutions of government investments seriously, and fail to respect the public’s rights to participate and access information.
The RGI aims to ensure scientific decision-making in government investment by requiring governments above the county level to follow national economic and social development policies. It also enhances and clarifies the approval system for government investment projects. Also, the RGI makes investment estimates more binding, and requires both in-house reviews and third-party evaluations of budgets.
Zhao said a main point of the RGI is that it outranks department regulations and is second only to legislation from the National People’s Congress.
Wen Chenglai explained that the RGI defines what is legal and illegal for government investment, providing its implementation with a solid legal basis.
According to the regulation, government investment should be channeled to public sectors including public services and infrastructure, rural agriculture, ecological preservation, key science and technology, social management and national security, where resources cannot be effectively allocated by the market, and should mainly target non-operational projects. It also requires a mechanism for regular assessments and adjustments to optimize the scope and structure of government investment.
“This is an innovative aspect of the RGI, which allows for the readjustment of government investment according to the situation on the ground,” Zhao said. “The government realizes the market economy is dynamic, and government investment, while focused more on nonoperational projects, should allow for adjustment when needed.”
Greater Coordination
To improve efficiency in decision-making, the RGI calls for a dedicated online platform for processing project applications and providing applicants with information such as industry policies and consulting.
The RGI also calls for simplifying documentation and approval procedures in matters of national emergency, such as natural disasters, public health and social security.
“From a technical perspective, the online approval system is an information sharing platform. One project’s application material and processing could be viewed by different departments, while each department could issue approvals in their respective fields,” Zhao said.
However, Liu Lifeng pointed out an ongoing problem: incompatibility between departments’ online platforms, which means huge gaps in information between project applications and approval departments. “A national investment online approval and supervision platform would take a top-level design to solve this practical issue,” Liu said, adding this requires coordination between government departments including the NDRC, financial, construction and environmental protection departments.
The RGI places restrictions on local government debt that set high requirements for local government investment and financing capabilities. Liu said by forbidding illegal debt, the measure could control potential risks and divert limited debt finance to public services.
However, the question remains how to balance project necessity with financial sustainability. Liu calls for better management of timelines and intensity of government investment. During economic downturns, government investment should be enhanced to stabilize market confidence, while the government’s expansionary response to recessions should be moderate and include a timeline for withdrawing government investment.
According to Wen, the RGI should clarify distribution of investment between central and local governments, and between parallel local governments. He recommended that central, provincial and city level governments with stronger management and investment capacities take responsibility for profitable operational projects, while grassroots level governments invest primarily in non-profit public services such as education, public health and environmental protection.“Government investment should take its time and mind its steps,” Wen said.