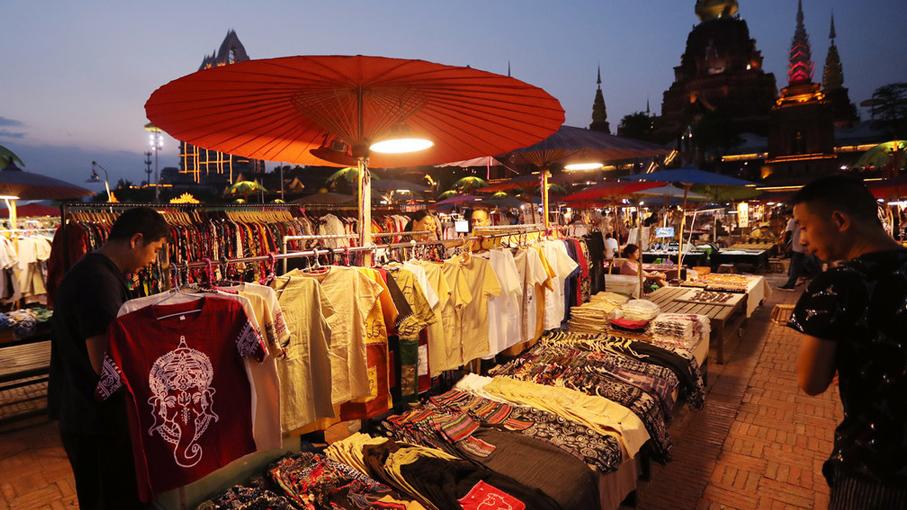 Beijing’s Haidian District is encouraging business to stay open late with subsidies and it is one of the city’s first efforts to boost its nighttime economy.
The move follows up on the Beijing government work report released during this year’s two sessions, China’s annual legislative meetings, which mentioned the development of the nighttime economy, or services between 6pm to 6am.
Shanghai, Tianjin and Chongqing have also issued guidelines for supporting the nighttime economy, according to news portal ifeng.com.
Nighttime economy includes shopping, food, tourism, entertainment and transportation services.
Ke Jinxiong, a commentator for ifeng.com, said nighttime economy provides new opportunities for growth as it increases utilization rates of facilities, stimulates cultural creation, and boosts employment, tourism and local consumption.
A survey of urban consumer habits conducted by the Ministry of Commerce revealed that 60 percent of consumption occurs at night, while sales at large shopping malls from 6pm to 10pm account for over 50 percent of their total daily sales.
The nighttime economy is the product of urban development and improved consumption, Ke said, adding that its development is an important indicator of a city’s quality of life, investment environment, and economic and cultural vitality.
While provincial governments have adopted similar policies since 2012, there was a significant increase in 2018 because of China’s economic slowdown and external uncertainties.
Promoting domestic consumption has become an important driver of economic growth, and many cities regard the nighttime economy as a new driving force in urban development.