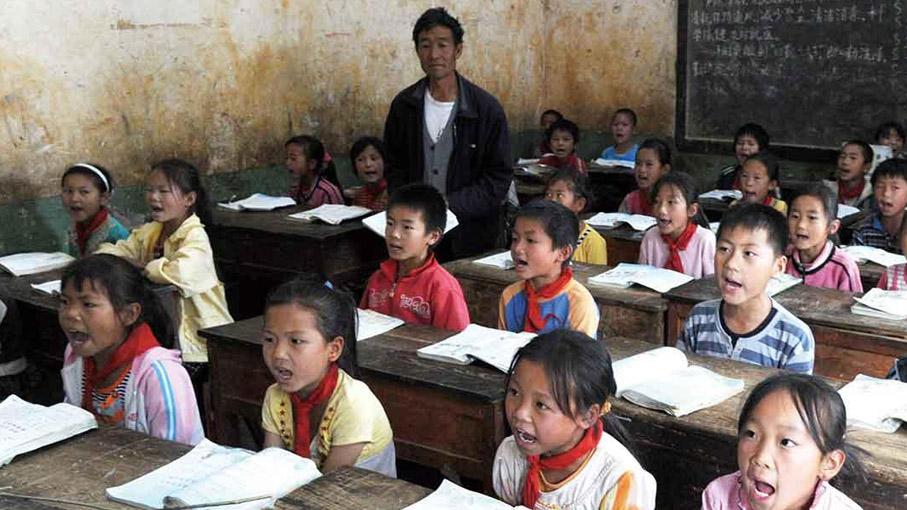 The 13th Five-Year Plan on Poverty-Eradication through Better Education was released at a Ministry of Education (MOE) press conference in Beijing on December 29, reported news portal The Paper. The primary goal of the Plan is ensure that “no school-age child will drop out of school because of family’s economic difficulties.”
Despite having, according to a recent official bluebook on poverty alleviation, lifted 790 million people out of poverty from 1981 through 2012, China still has tens of millions of people living in deprivation. Given that poverty-stricken families are barely able to afford education, and believing education to be a likely permanent cure for poverty, the Chinese government has always advocated poverty-alleviation through improved education.
The plan laid out a timetable for the first time, “By 2020, the overall education in impoverished areas will improve significantly, and education as a fundamental public service will cover the entire impoverished population.” China provides free education up to middle school level, but resources in rural areas are often poor, and residence permit issues continue to bar many children from school.
Aside from the usual financial support promised for needy students, the plan also specified favorable enrollment policies for students from impoverished areas.  Xie Huanzhong, the director of the MOE’s development planning department explained how “The State will allot a portion of the increase in every year’s college enrollment numbers to the poverty-stricken areas. Students there will be enrolled if they meet the basic (lower than average in other areas) requirements in the college entrance examination.”
Senior high school education or secondary vocational education will be popularized by 2020. To ensure students can find work upon graduation from senior high schools, “We should help students who fail the entrance test for senior high schools receive education at secondary vocational schools,” said Liu Changya, the department’s deputy director, who noted that accelerating the development of senior high education, vocational education in particular, is an important means to help areas escape poverty.
Praising the plan as being specific and well-targeted, the official Xinhua News Agency cautioned in a December 29 news piece that poverty-eradication through improved education needs  government leadership. “Not only should local governments honor their duties by giving play to the education system’s advantage in talent, but non-governmental forces, as well as poor areas’ initiatives, should also be pushed to act.”